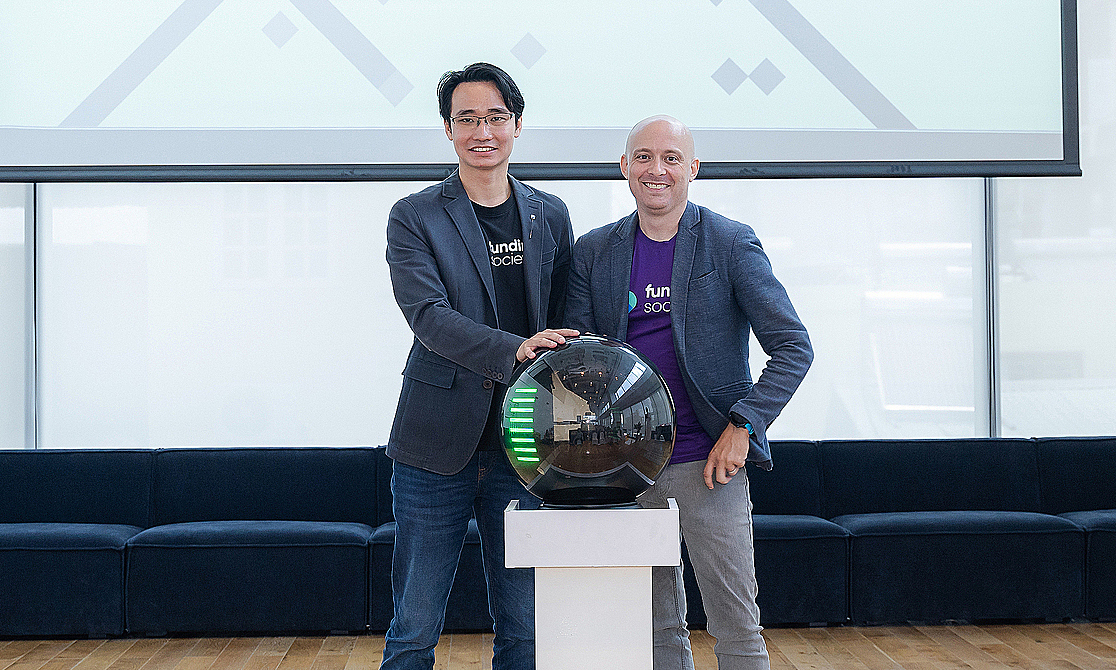 Funding Societies' founder Kelvin Teo (left) and Ryan Galloway, its CEO for Vietnam at the launch of the Vietnam's operations. Photo courtesy of the company
Leading Southeast Asia’s digital financing platform for small and medium-sized enterprises, Funding Societies was launched in Vietnam, marking its fifth market expansion.
The company is seeking cooperation with local technology platforms and banks, while assessing Vietnam’s Fintech sandbox policy to provide loans in local currency, its country CEO Ryan Galloway told VnExpress.
Vietnamese small and medium-sized enterprises (SMEs) in Hanoi, Ho Chi Minh City and neighboring localities will be its target customers, he added, with an estimated demand for loans of around $70 billion.
About 97 percent of 800,000 operating businesses in the country last year were SMEs, employing 60 percent of the labor force and accounting for 40 percent of Vietnam’s gross domestic product (GDP), according to Vietnam SME Association.
Funding Societies’ operations in Vietnam should be considered a supplement, not alternative to traditional banks, its founder Kelvin Teo said.
It serves to fill the gap for SME financing, focusing on short-term loans with sizes of less than $1 million, he added.
Since its soft launch in Vietnam in December 2021, Funding Societies has achieved over $20 million in disbursements. It is looking to increase this to $90 million this year, and $1.3 billion by 2025.
The fintech platform has operated in Singapore, Indonesia, Thailand and Malaysia before launching in Vietnam. It has disbursed over $2 billion in over 5 million lending transactions.
Earlier this year, Vietnamese tech giant VNG Corporation invested $22.5 million in Funding Societies as part of the company’s US$294 million series C+ fundraise, of which $144 million was raised in equity and $150 million in debt lines.
Funding Societies also received the support of other notable investors including SoftBank Vision Fund 2, Rapyd Ventures, EDBI, Indies Capital, Ascend Vietnam Ventures, and K3 Ventures, among others.
You must log in or register to reply here.
Share:
Facebook Twitter Reddit Pinterest Tumblr WhatsApp Email Link
Top Bottom