Whether you enjoy cycling, hiking, jogging or swimming, the topography of Ma Bo has something to meet your needs. Photo: Vi Thich / Handout via Tuoi Tre
The Ma Bo-Ma Noi trail is a brand-new trekking route in south central Vietnam, with winding paths that straddle between the two cultures of the Churu and Raglay ethnic minority groups.
Ma Bo and Ma Noi have emerged over the last few years as top destinations for adventurers in Vietnam.
Ma Bo sits in Da Quyn Commune, Duc Trong District in the Central Highlands province of Lam Dong. It is located next to Ta Nang Commune – home of a famous Ta Nang trekking route. The commune is the ancestral homeland of the Churu ethnic group.
Ma Noi, a mountainous commune in Ninh Son District in the central province of Ninh Thuan, is home to the Raglay ethnic group. The ruggedness of the region has helped the Raglay maintain their cultural identity in the face of modernity. 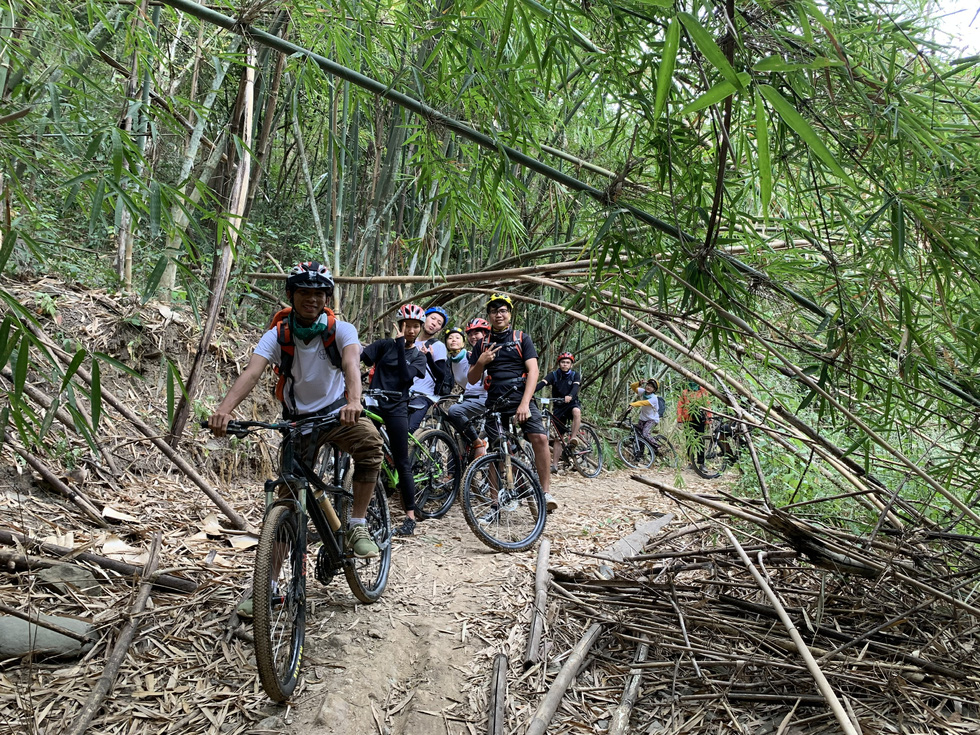 To travel by motorbike between Ma Noi and Ma Bo takes about six hours, however members of the Churu and Raglay often opt for a shorter but much more treacherous 25-kilometer trail over streams and through forests.
The trail is associated with mysterious and thrilling stories and is strictly guarded to protect the centuries-old forest.
The trail also serves as a cultural link the Churu community and the Raglay people, who live in brotherhood.
For trekkers, this spectacular route offers more than just a journey into nature, it also offers an opportunity to delve into the culture and daily lives of the Churu and Raglay people. 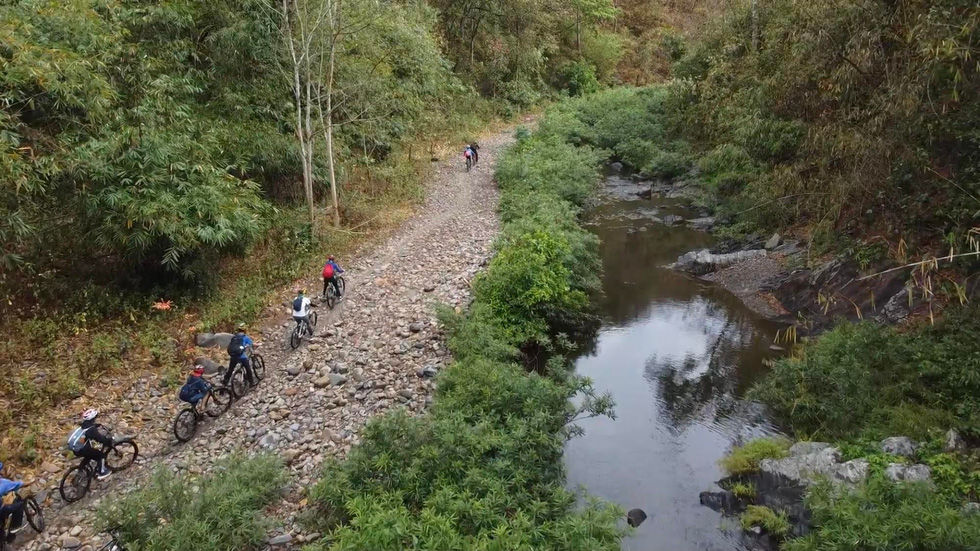 The Ma Bo-Ma Noi trail is a mind-challenging route over slopes and streams. Photo: Vi Thich / Handout via Tuoi Tre

“Vi Thich” (For Love) – a group of young people who sponsor charity initiatives across Vietnam, is helping to introduce the Ma Bo – Ma Noi trek to the tourism community.
In fact, the group has empathized so much with the Churu and Raglay people that they have “left the city for the forest” and built a homestay along the trail aimed at creating sustainable opportunity for the Churu and Raglay people to share their culture with travel lovers.
Their project also includes the creation of a library for the local ethnic minority community, training courses for local children, and collecting garbage. 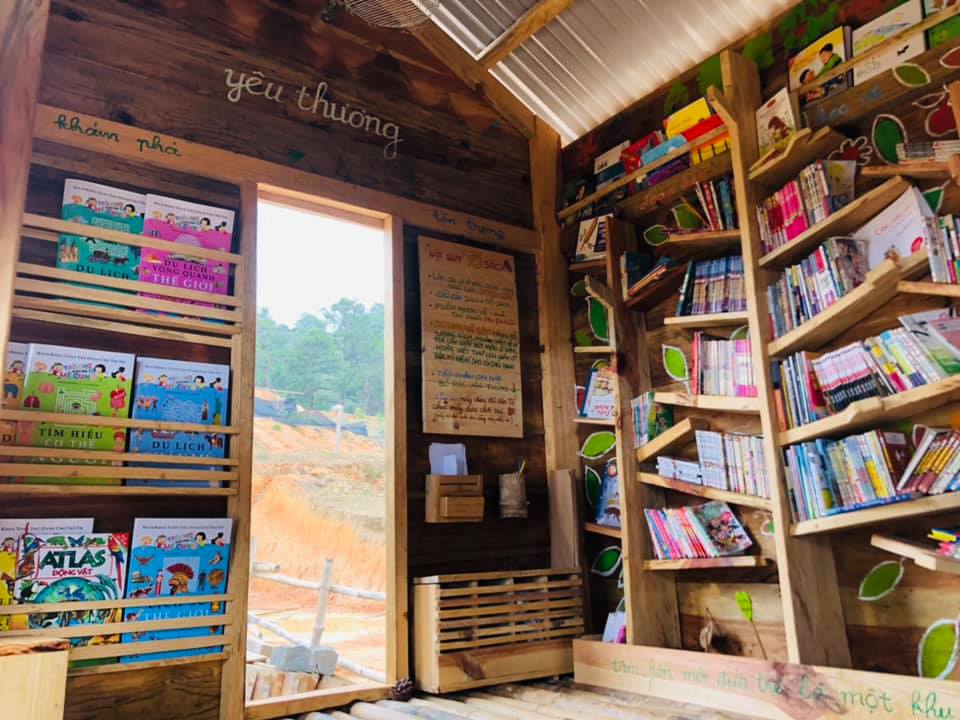 A library which offers free books to local children in the area. Photo: Vi Thich / Handout via Tuoi Tre

The Ma Bo-Ma Noi trekking route
Under the guidance of a Churu local, tourists can explore the route in two days and one night by bicycle or on foot.
A road trip from Ho Chi Minh City to the Ma Bo village usually takes about six hours.
The best time of year to visit Ma Bo is from January to the end of September, prior to the torrential rains that rock the area during the last three months of the year. 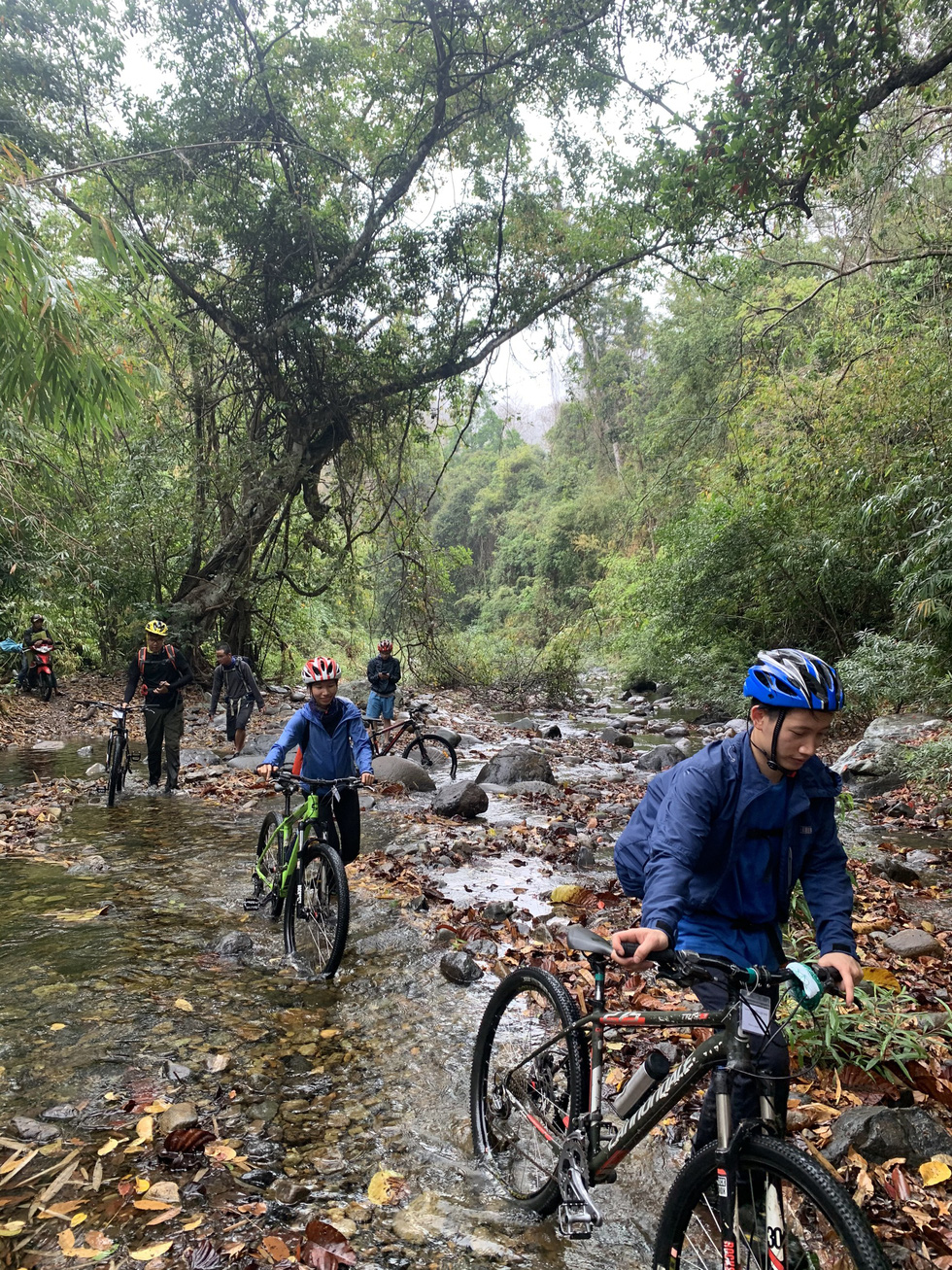 The Ma Bo-Ma Noi crosses a forest route along a tangle of streams. While its uphill slopes can pose a challenge to trekkers, the majestic landscapes and trees of pine, arenga pinnata, and cashew make the journey well worth the struggle.
Using local guides, trekkers can summit Ba Co Slop to admire the area’s natural lakes, camp overnight, experience Churu and Raglay cuisine, and listen to local legends. The journey also includes a stop in Ta Noi Village, the most impoverished area in Ninh Thuan Province. 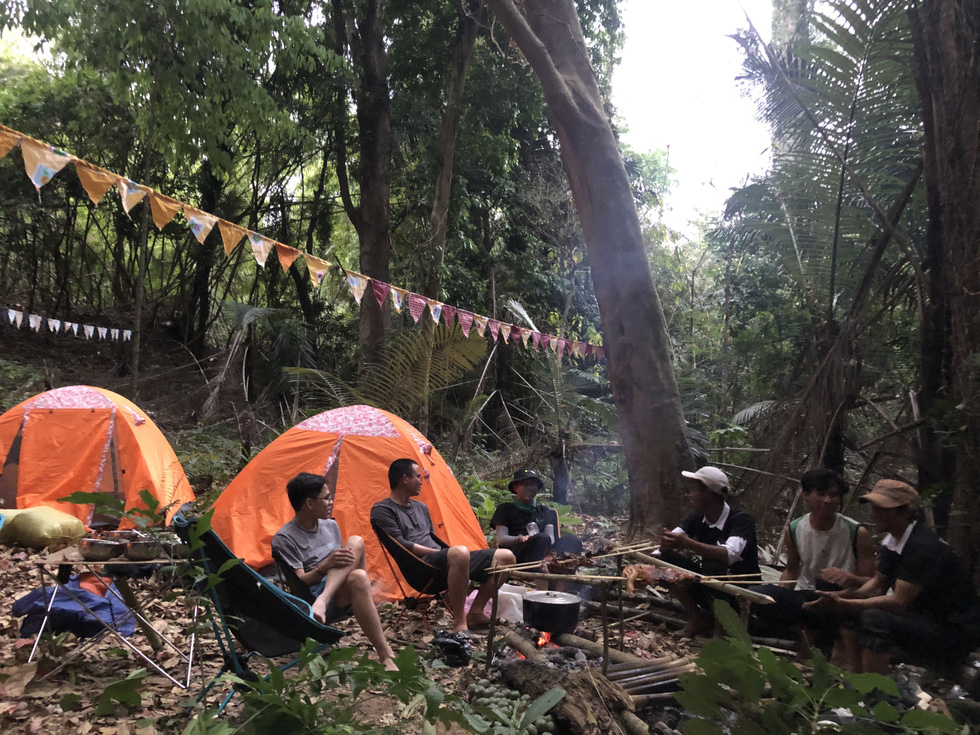 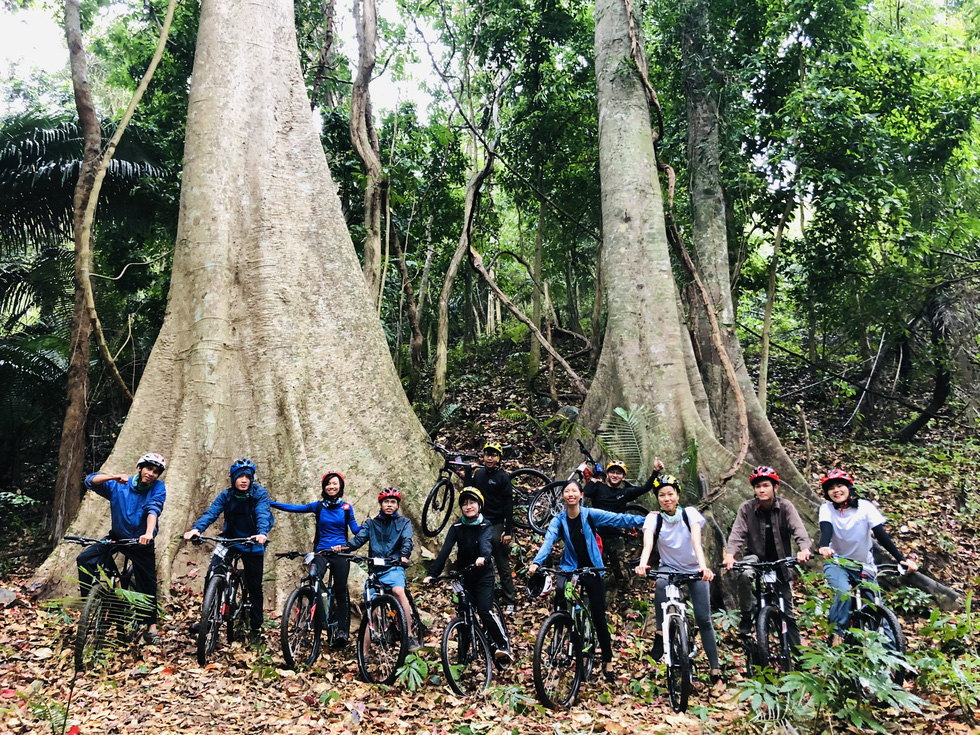 A group of cyclists pose for a photo at a hundred-year-old tree, a famous checkpoint along the route. Photo: Vi Thich / Handout via Tuoi Tre

After removing the shells of arenga pinnata fruit, travelers can bathe in the stream if it is warm. Photo: Vi Thich / Handout via Tuoi Tre

After that, trekkers can also stop at a forest to meet with locals and listen to the story of how they changed from logging forest to planting trees to improve their life, as well as have a meal while visiting Raglay people’ farms.
Tourists can also visit artisan Chamalea Au, the last Raglay person able to make and play the Chapi, a traditional musical instrument of the Raglay ethnic minority group. The Chapi was made famous by the song “Giac Mo Chapi” (Chapi Dream). 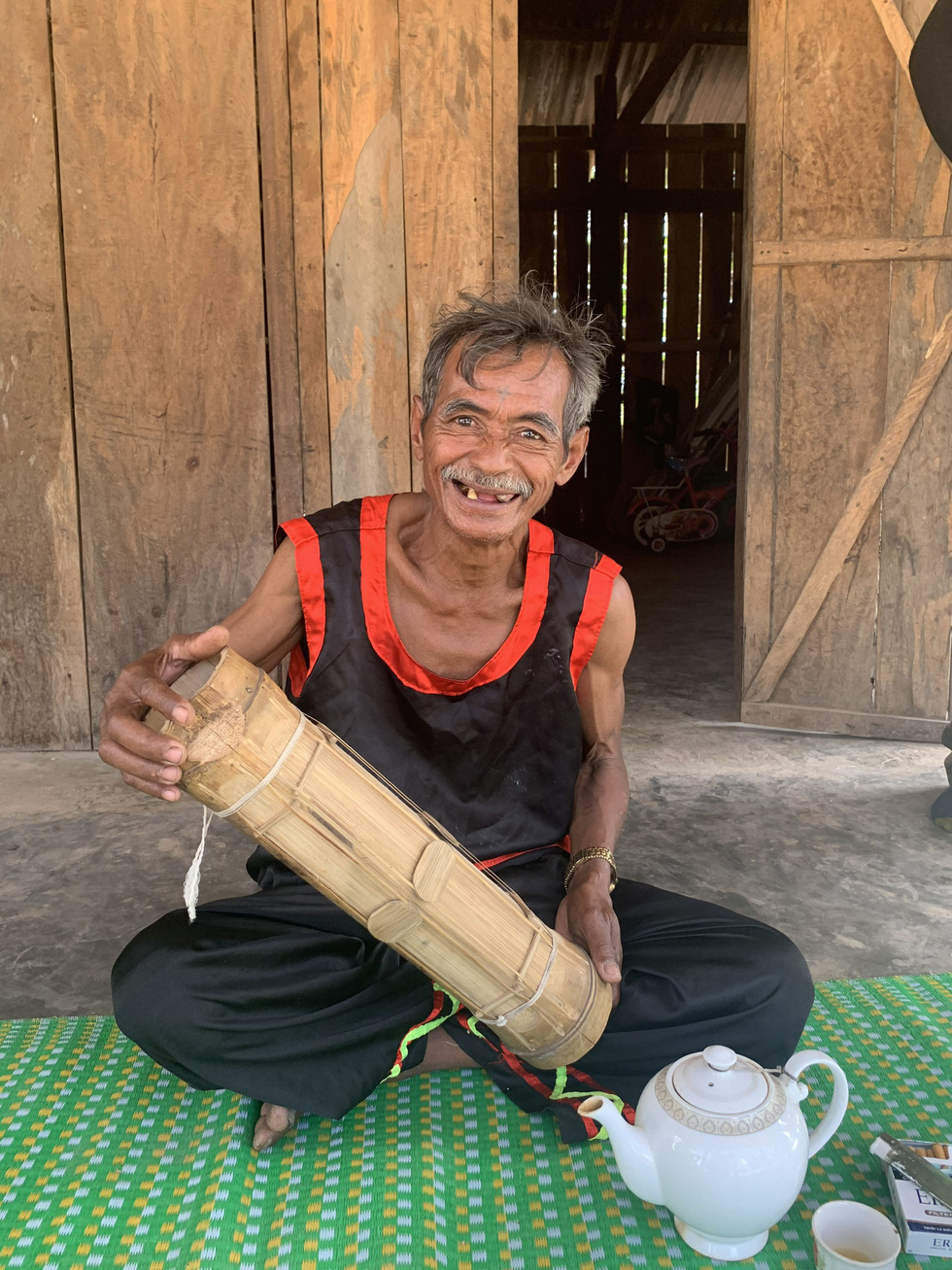 Packing for the journey
Trekkers who wish to take on the Ma Bo-Ma Noi route should bring a pair of high-quality, comfortable sneakers with soles that have a good grip. A pair of slippers should also be brought with so that they can be worn while crossing streams and while camping during the evening.
A small backpack with clothes, a raincoat, a water bottle, electronic equipment and some snacks are also indispensable for the trip.
Most importantly, trekkers must bring their love of exploration and adventure to the slopes of the trail. 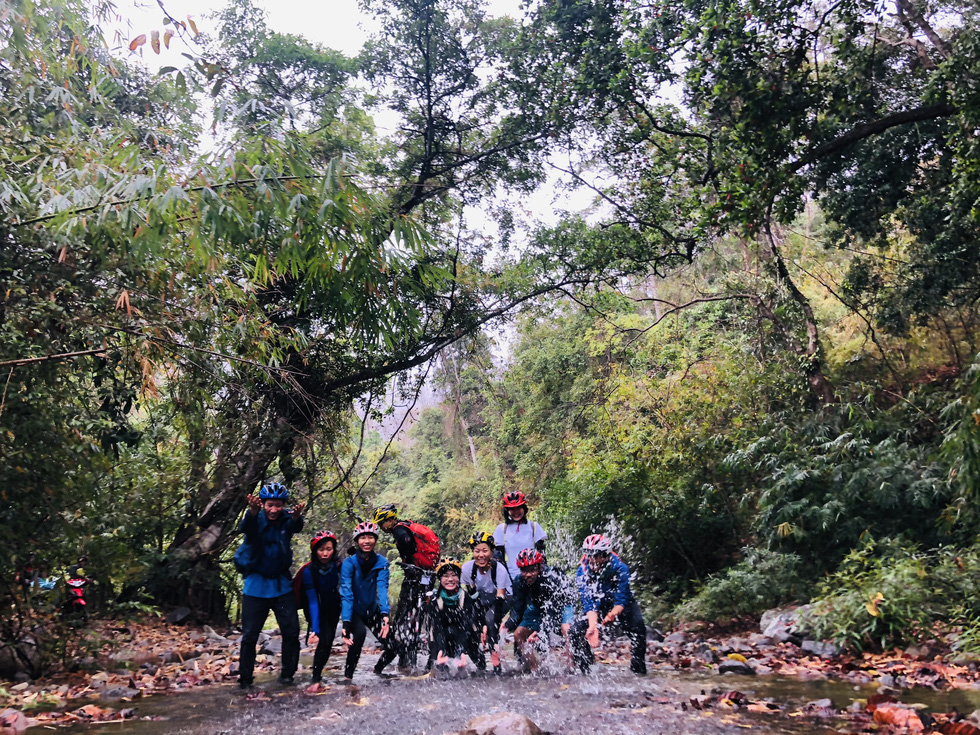 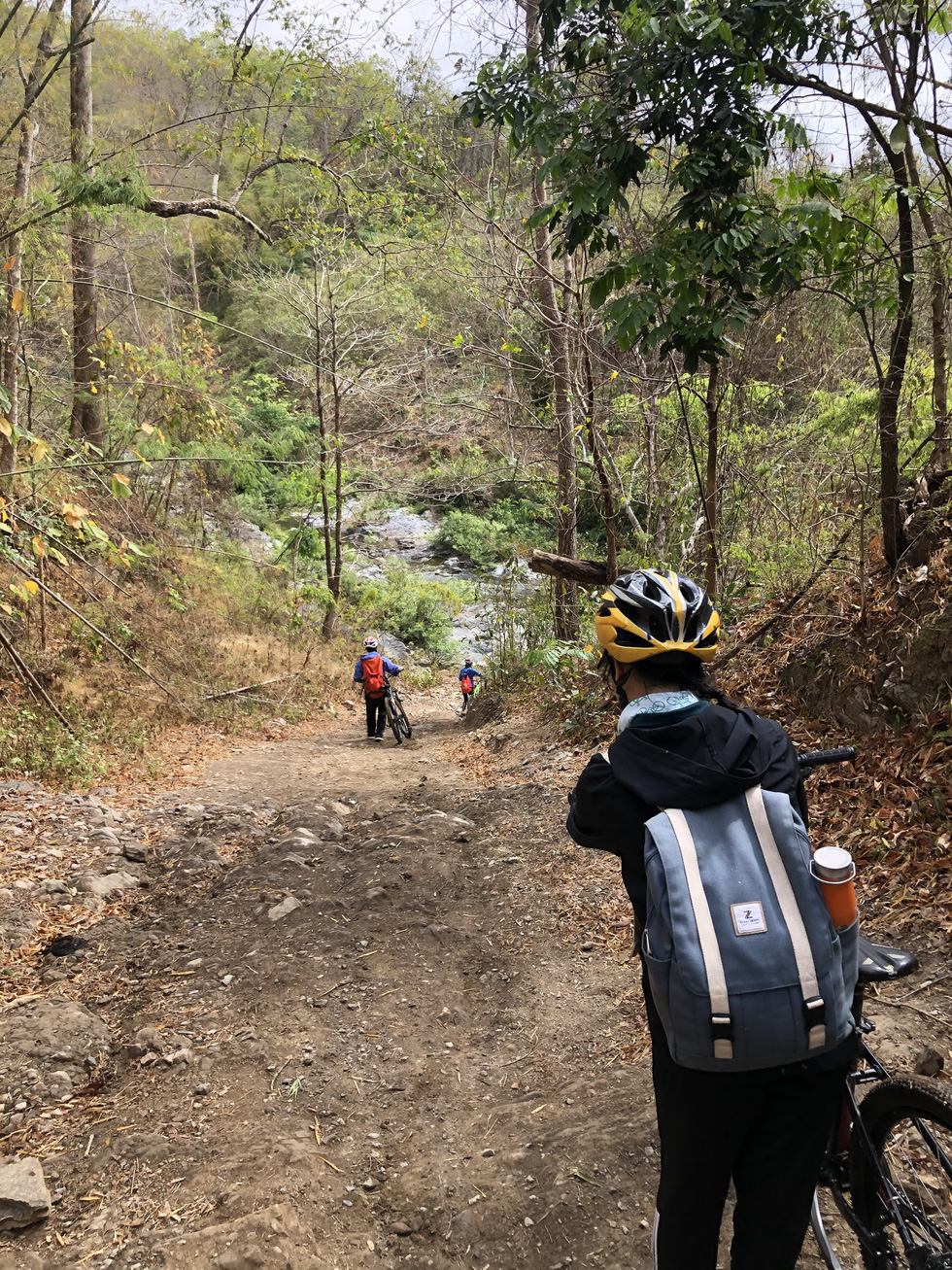 Trekking the route is not quite as difficult as cycling. Photo: Vi Thich / Handout via Tuoi Tre 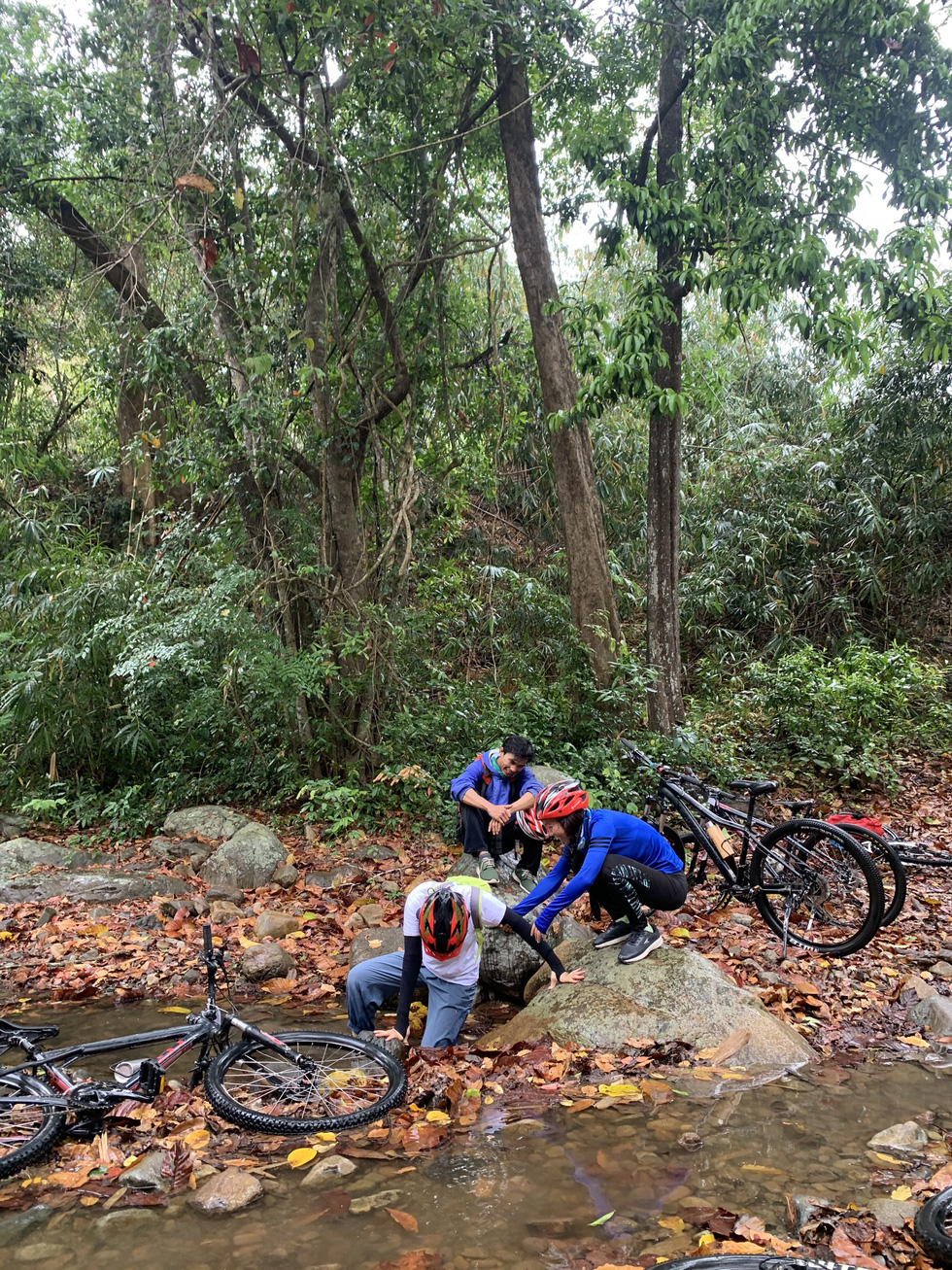 At the same time, many antique
F

At the same time, many antique
E

At the same time, many antique
P