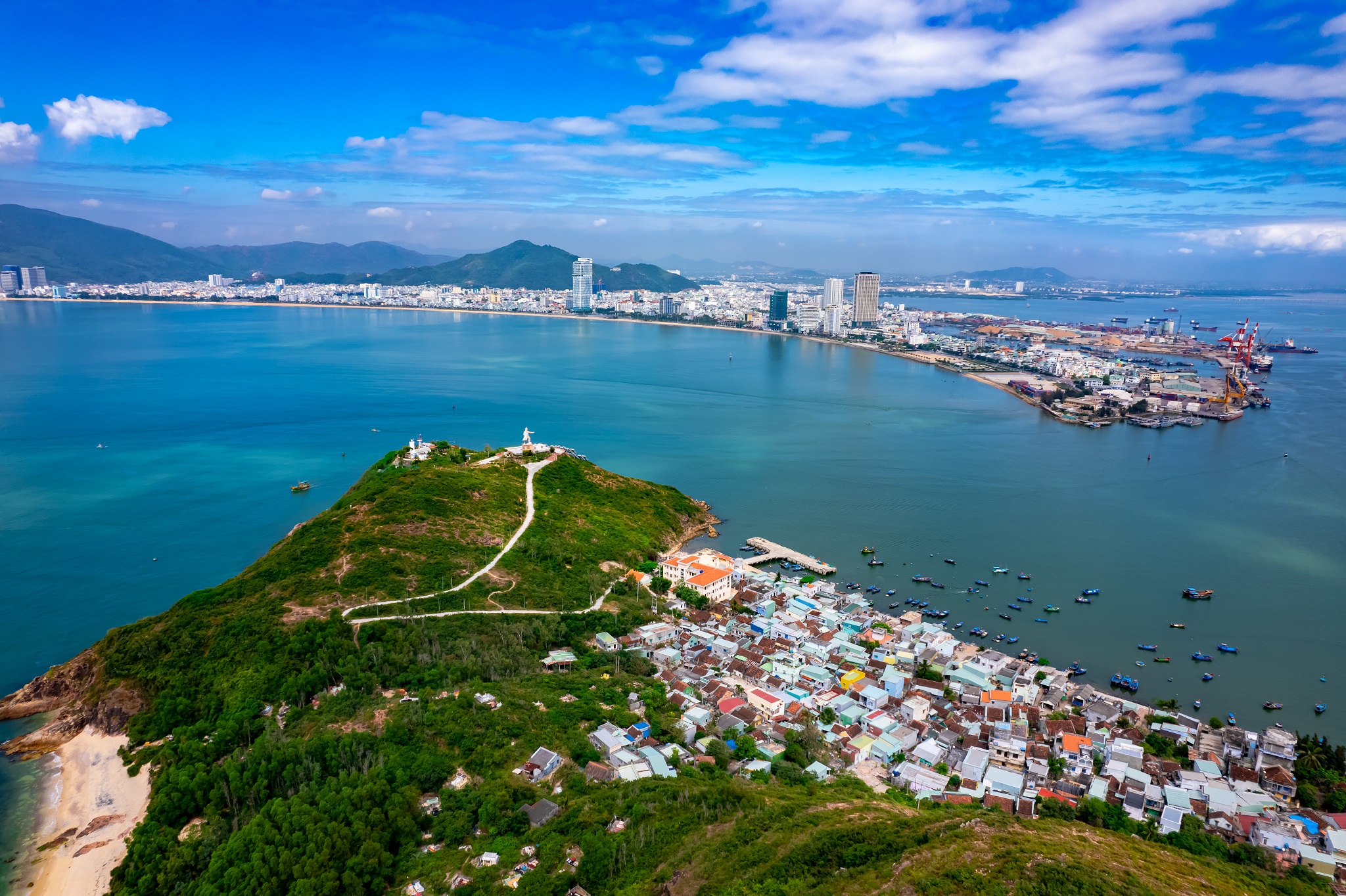 Under the Tam Toa mountain range on Phuong Mai Peninsula, the Hai Minh fishing village is home to dozens of families that live off fishing and tourism.
The only way to reach the village is by boat or canoe – a trip that takes tourists around 10-15 minutes.
Thanks to the rising popularity of Quy Nhon, the village has become more popular among tourists, prompting local families to open homestay services to augment their income. 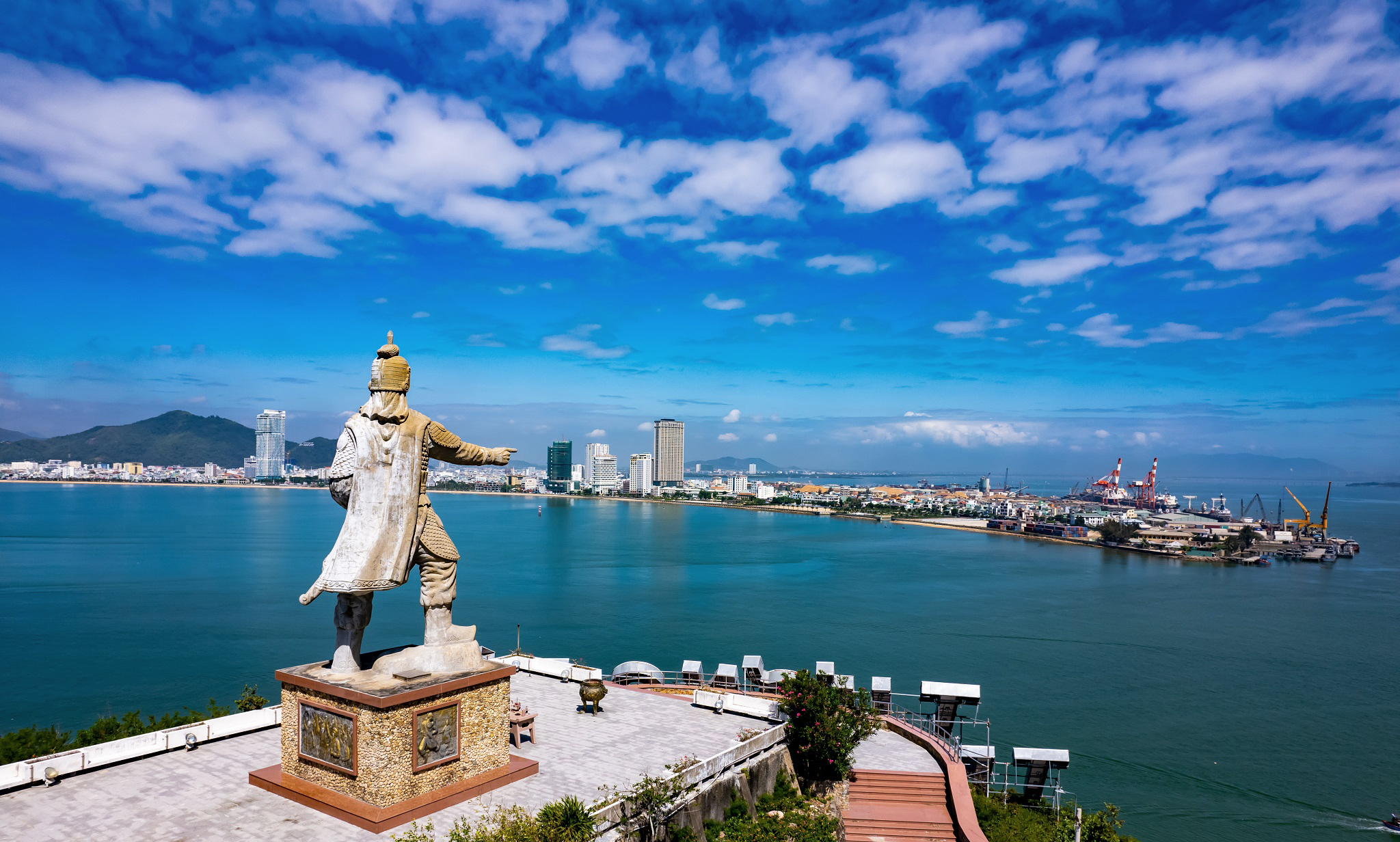 A striking feature of the Hai Minh fishing village is a statue of legendary General Tran Hung Dao, which was built in 1972, to honor his commanding a historic battle against Mongolian invaders on the Bach Dang River in the 13th century.
That victory is considered the biggest naval battle in Vietnam's history and an outstanding symbol of the nation’s triumphs against three invasions by the Mongolian empire. 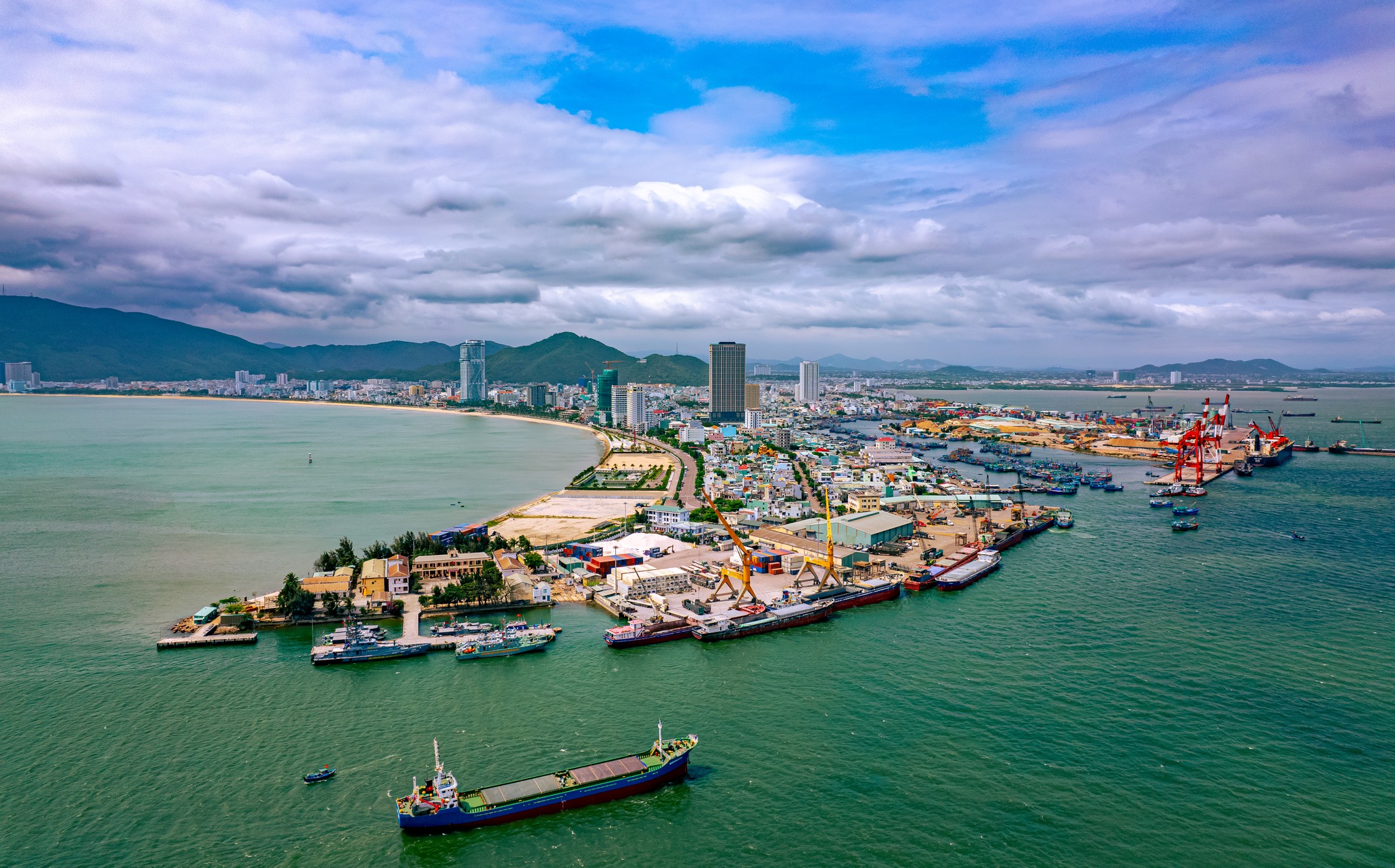 Tan Cape is home to important ports in the central region including the ports of Thi Nai and Quy Nhon. 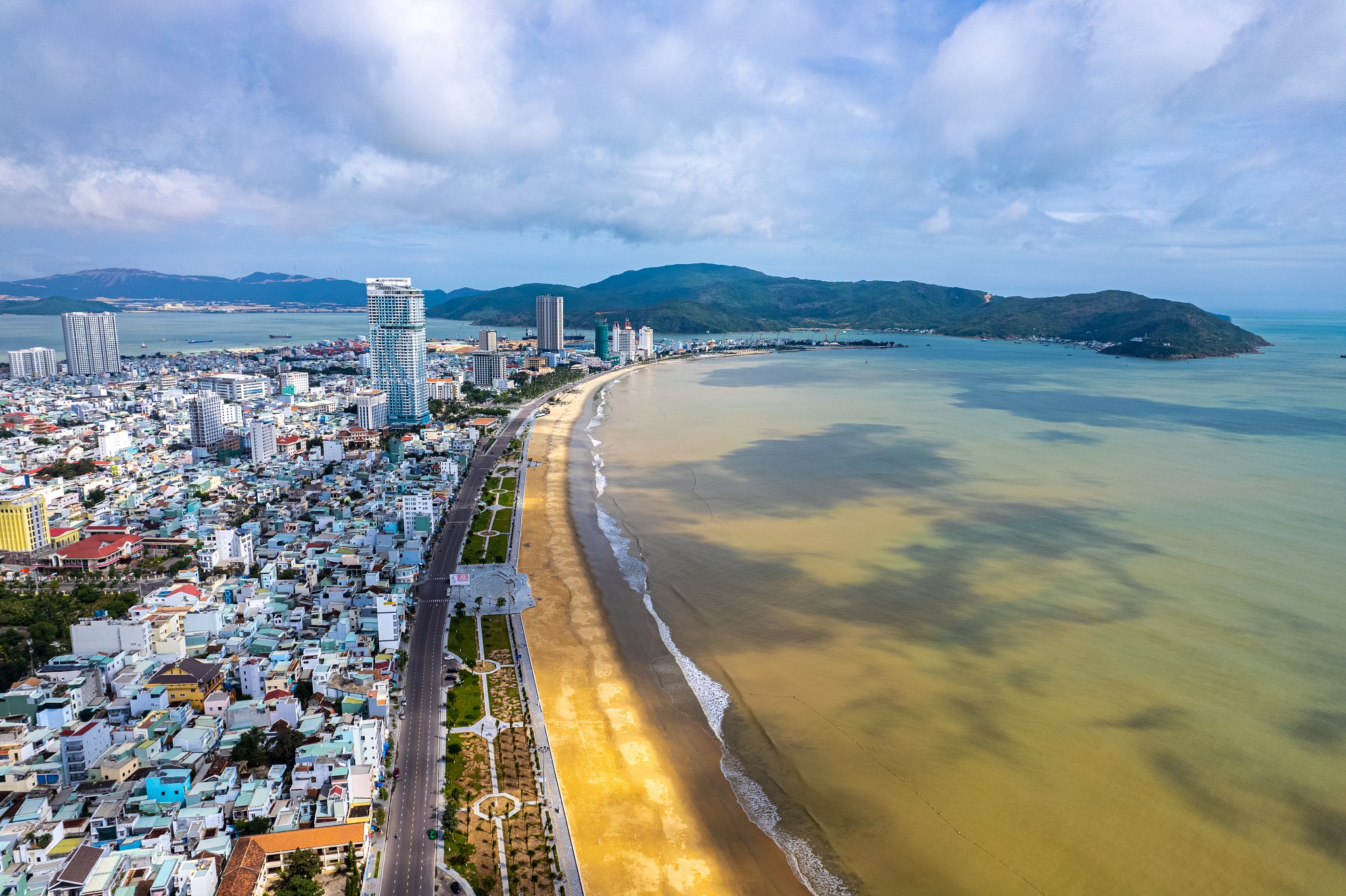 The Xuan Dieu Street is a promenade that hosts a spate of hotels and resorts catering to both budget-friendly and high-end tourists.
The street gets very busy at night, especially during the peak summer travel season. 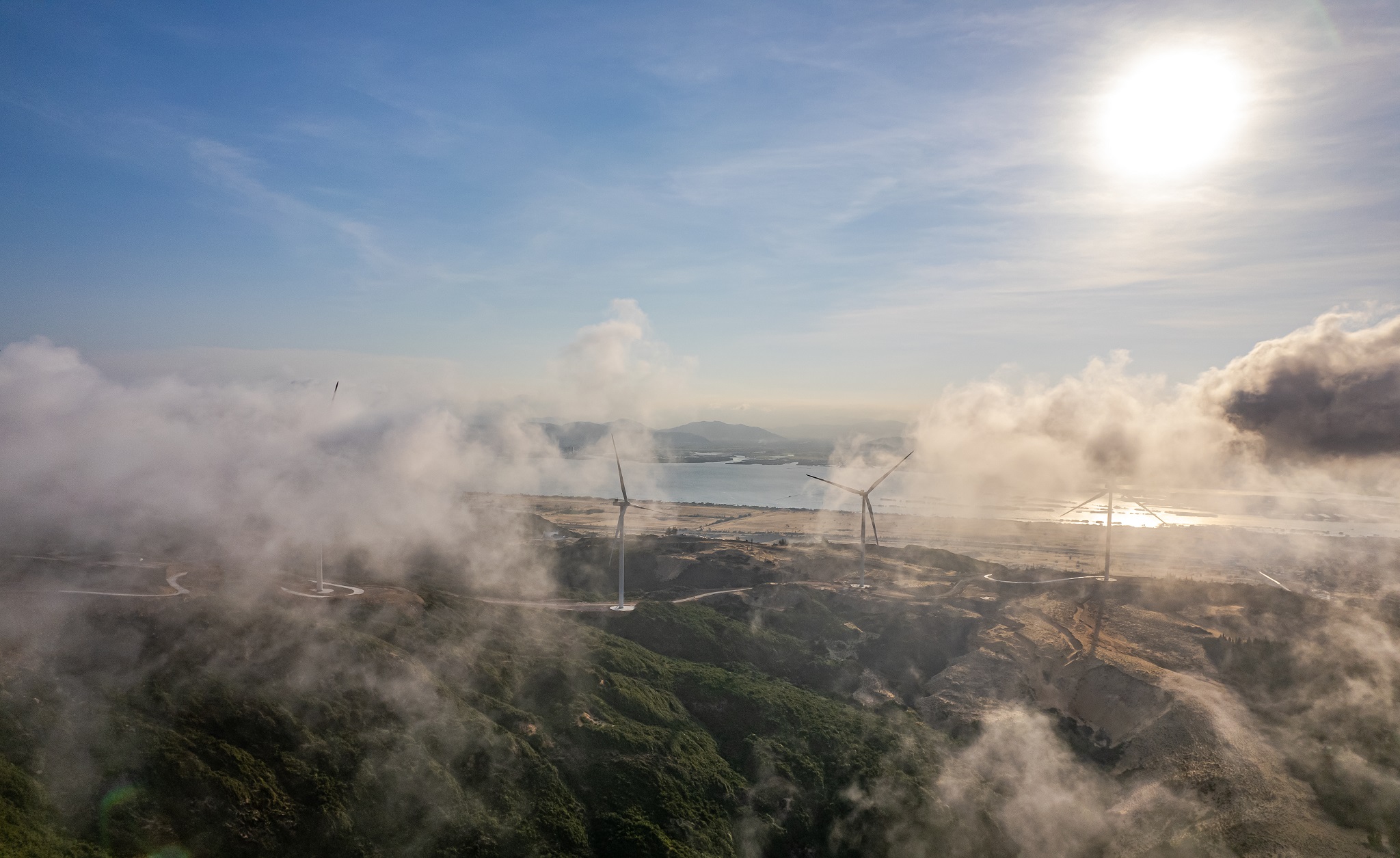 A windmill field in Nhon Ly Commune near Ky Co Beach, which boasts a crescent-shaped coastline with crystal clear waters.
The VnExpress Marathon Quy Nhon, which has become a major sports event in the country, will take place on June 12. Thousands are expected to flock to the beach town for the event. 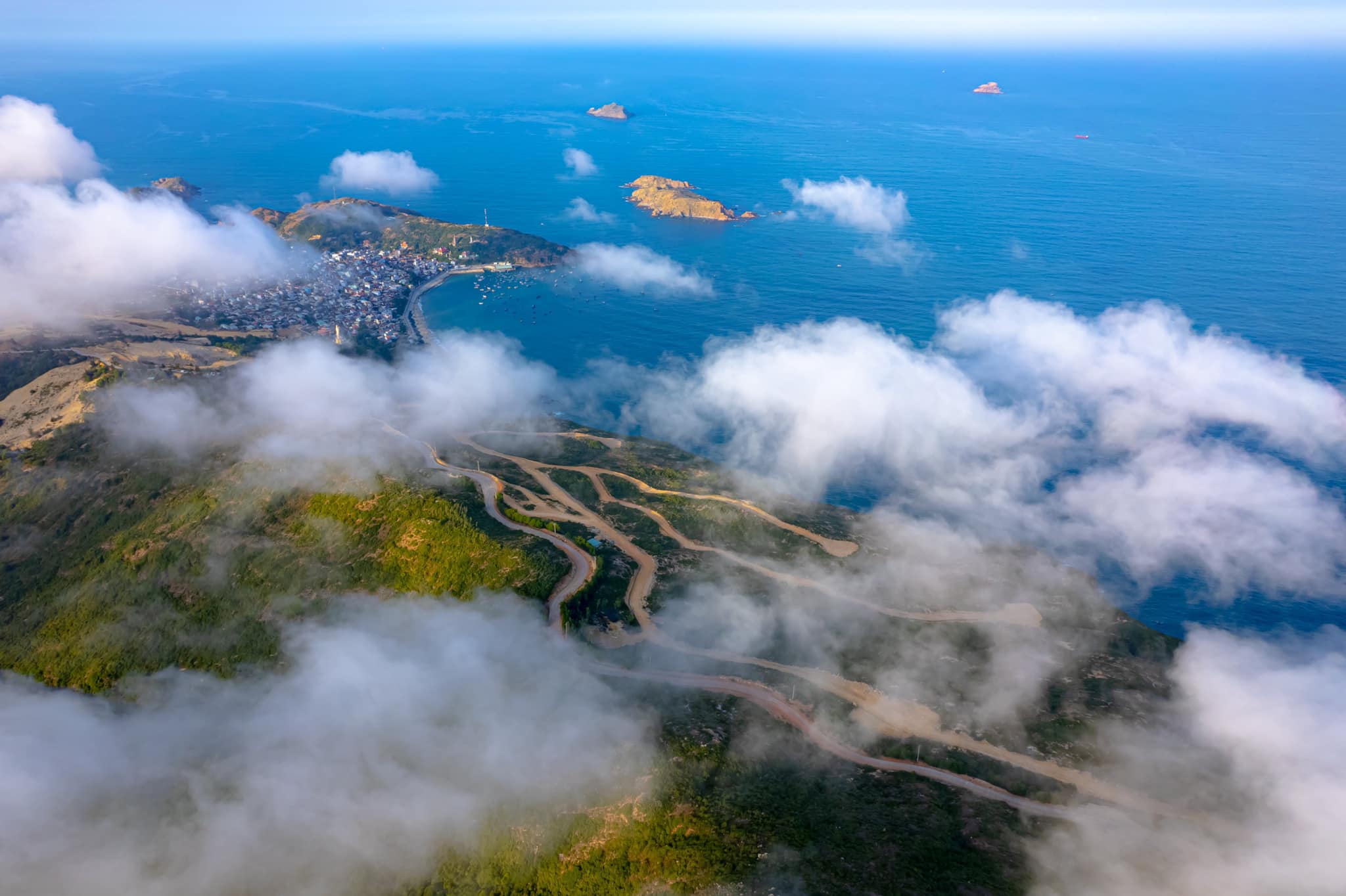 Nhon Ly island commune is home to over 7,700 people and its popularity has risen in recent years thanks to tourism boom, prompting investors to build hotels and resorts there. 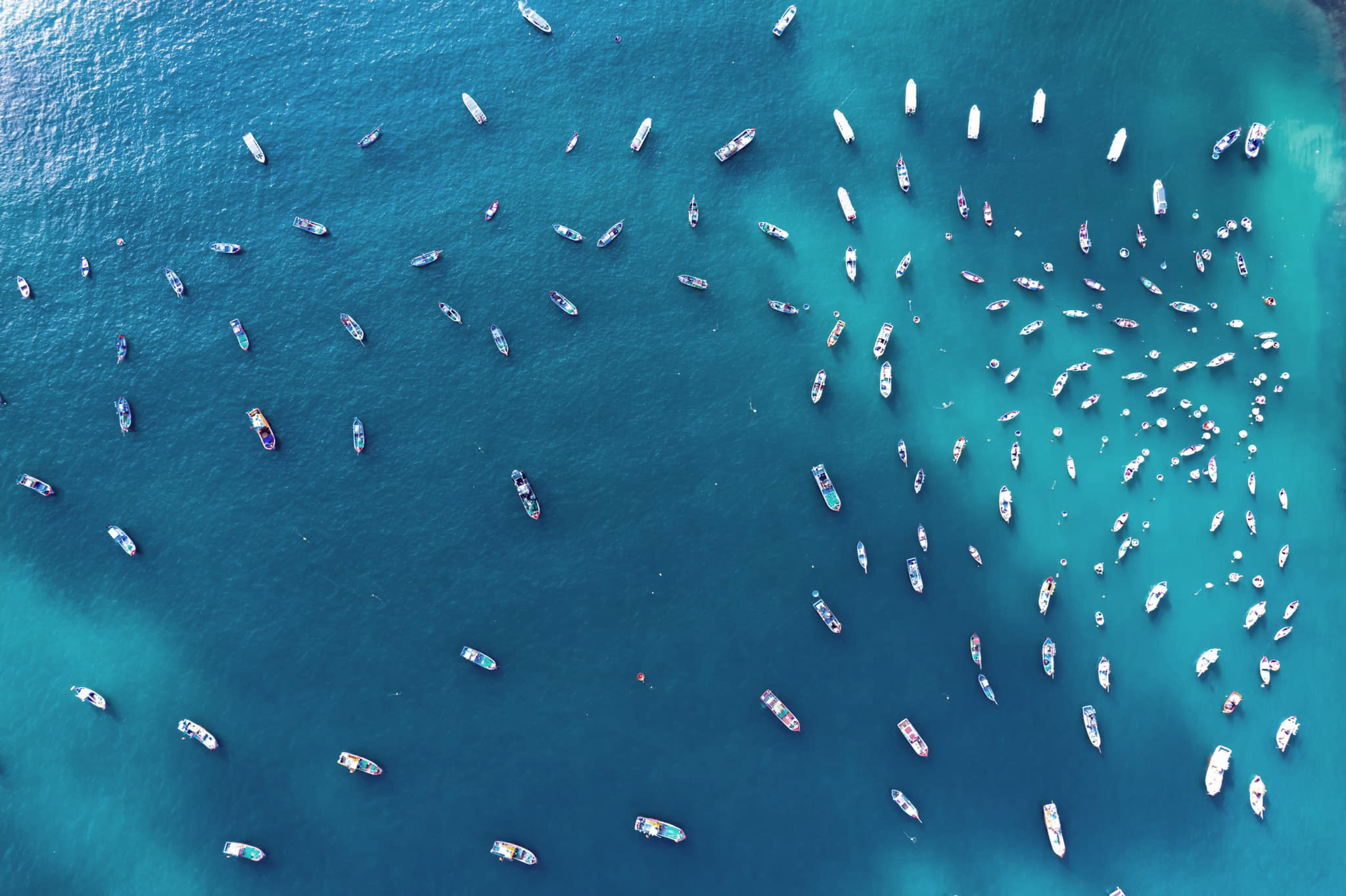 Boats line up along Nhon Ly fishing village. The sea-facing side of this fishing village has a tourist pier serving tourists to visit Eo Gio - Ky Co and watch coral reefs by glass-bottom boats. 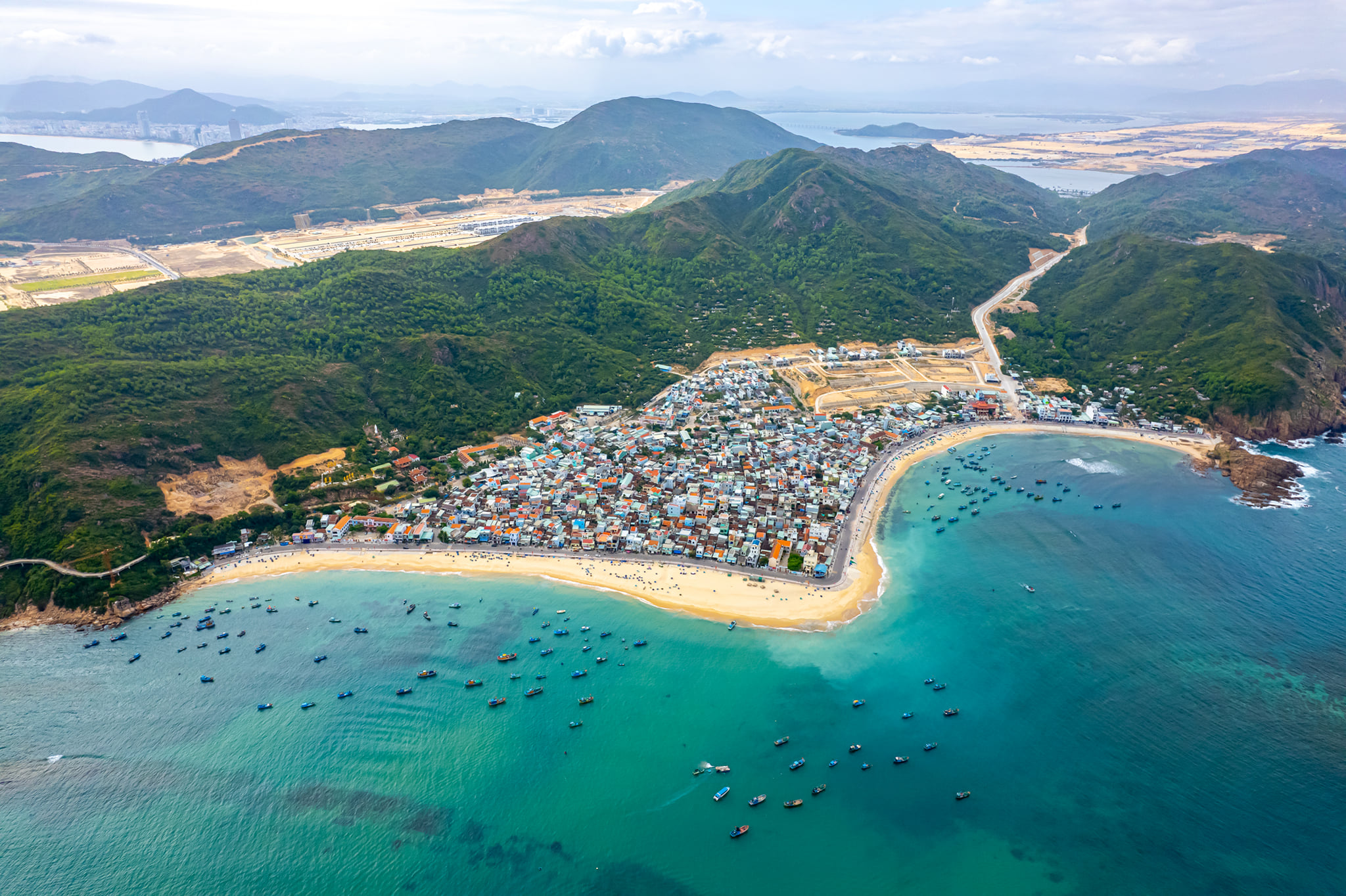 Nhon Hai Island, 20 kilometers from Quy Nhon, is famous for scuba diving and coral gazing as some of its main activities.
Tourism is well developed here as hotels and restaurants have been springing up in recent years.
Another pristine island that still gets few tourists, mostly Vietnamese, is Hon Kho Islet. The mostly uninhabited islet is only ten minutes by boat from Nhon Hai Commune. 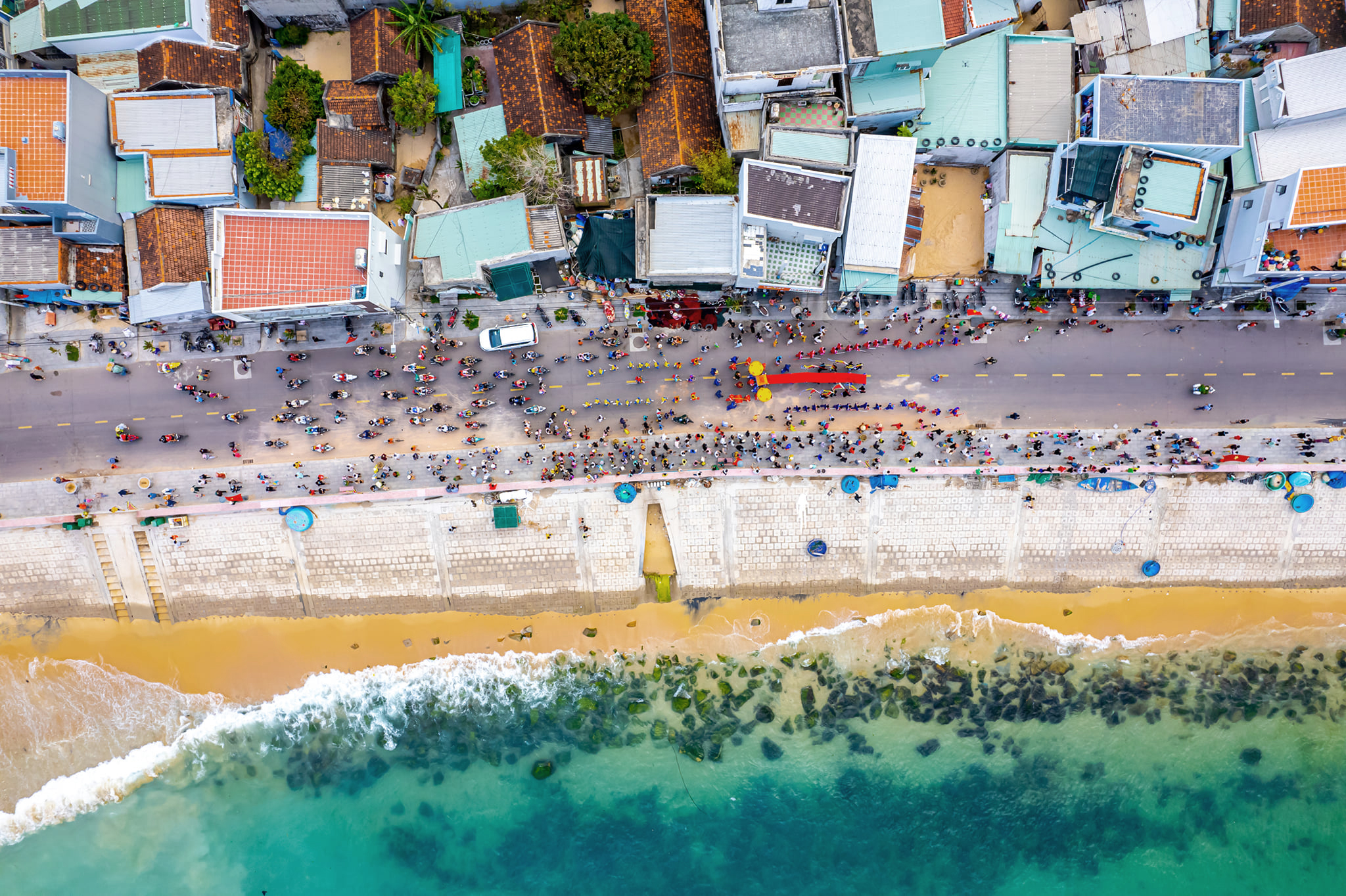 The bustling atmosphere during a traditional fishing festival in Nhon Hai Commune. This year, the festival takes place from March 13-16.
The festival is associated with the custom of worshiping whales that are believed to help fishermen survive with dangers while at sea.
You must log in or register to reply here.
Share:
Facebook Twitter Reddit Pinterest Tumblr WhatsApp Email Link
Top Bottom